How to adapt your bespoke suit for Halloween you say?  The Henry Herbert tailoring team have come up with a few innovative ideas for who you could be this Halloween, adapting your existing wardrobe and adding just a few accessories. 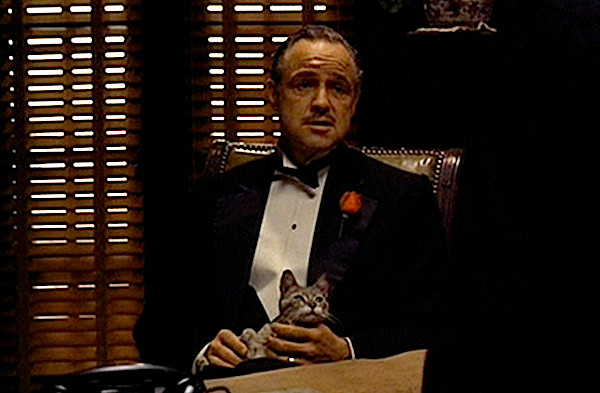 We’re going to make you an offer you can’t refuse: a chance to be The Godfather this Halloween.  With a little help from your bespoke dinner suit (like this one) and a wing collar dinner shirt with black buttons, you very well could be.  Corleone’s dinner jacket features a prominent peak lapel, and satin trimmings for an elegant twist.  Accessorise with black bowtie, and a single rosebud worn on your left hand lapel.  Cat optional.  Just don’t forget to practice that unmistakable, gravelly voice. 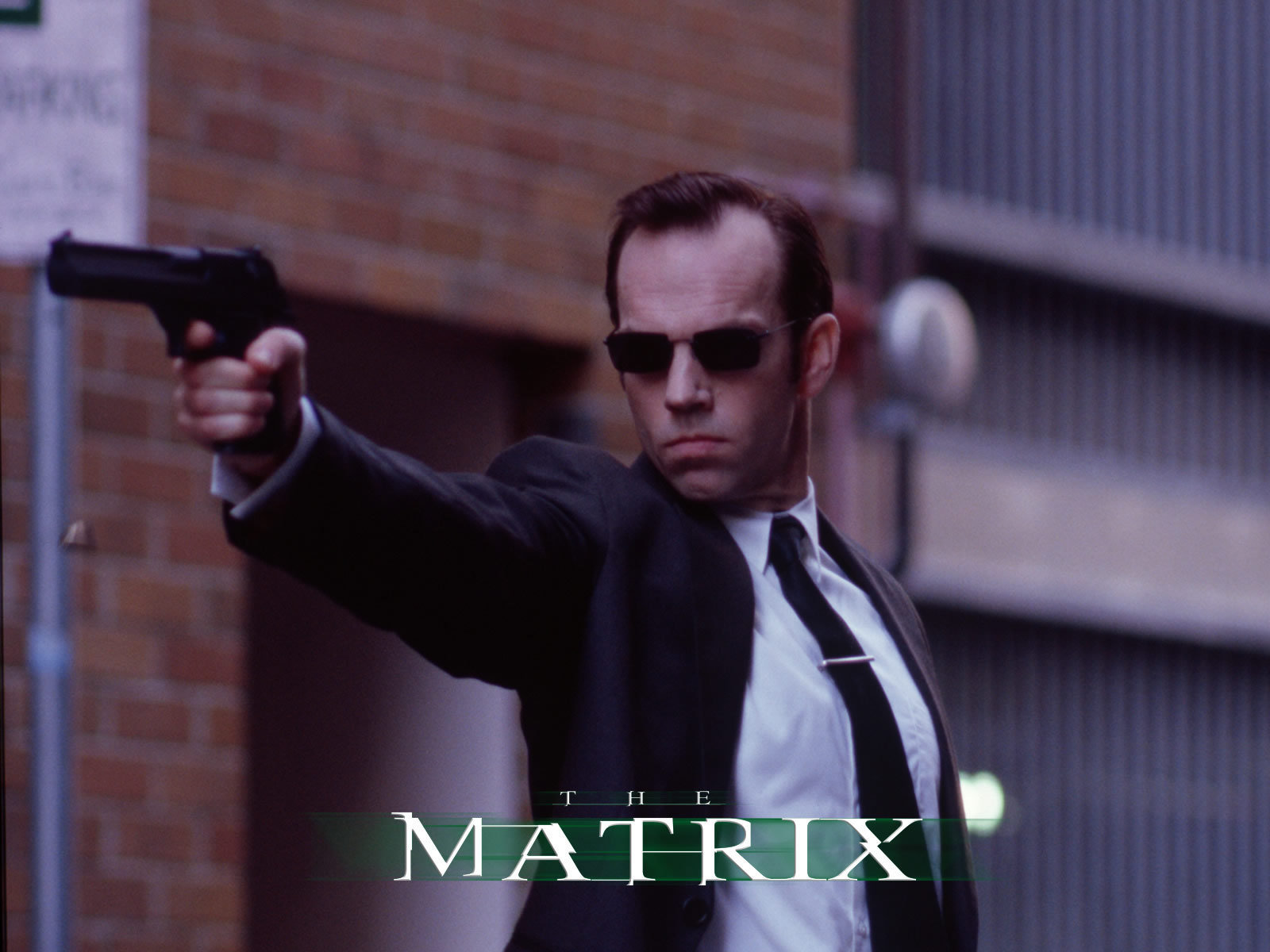 Who remembers this epic late 90s/early noughties sci fi flick?  After Neo and Trinity, Agent Smith was probably the most memorable character, with his terrifying deadpan, and perma-scowl.  Though everyone wants to be Neo, this Halloween, for a change, why not go for the Agent Smith look?  Smith wears a slim cut black suit throughout the film, and skinny black tie with tie pin (essential to stop said tie flinging around whilst doing backflip kicks, and multiplying yourself in an attempt to take down The One).  Simple – and you probably already own something like this in your wardrobe.  (In case you don’t, may we be of service, Sir?) Add sunglasses (which you must never remove), obligatory scowl, and say ominously to everyone “Hello, Mr Anderson.”

3) Harry Pendel, The Tailor of Panama 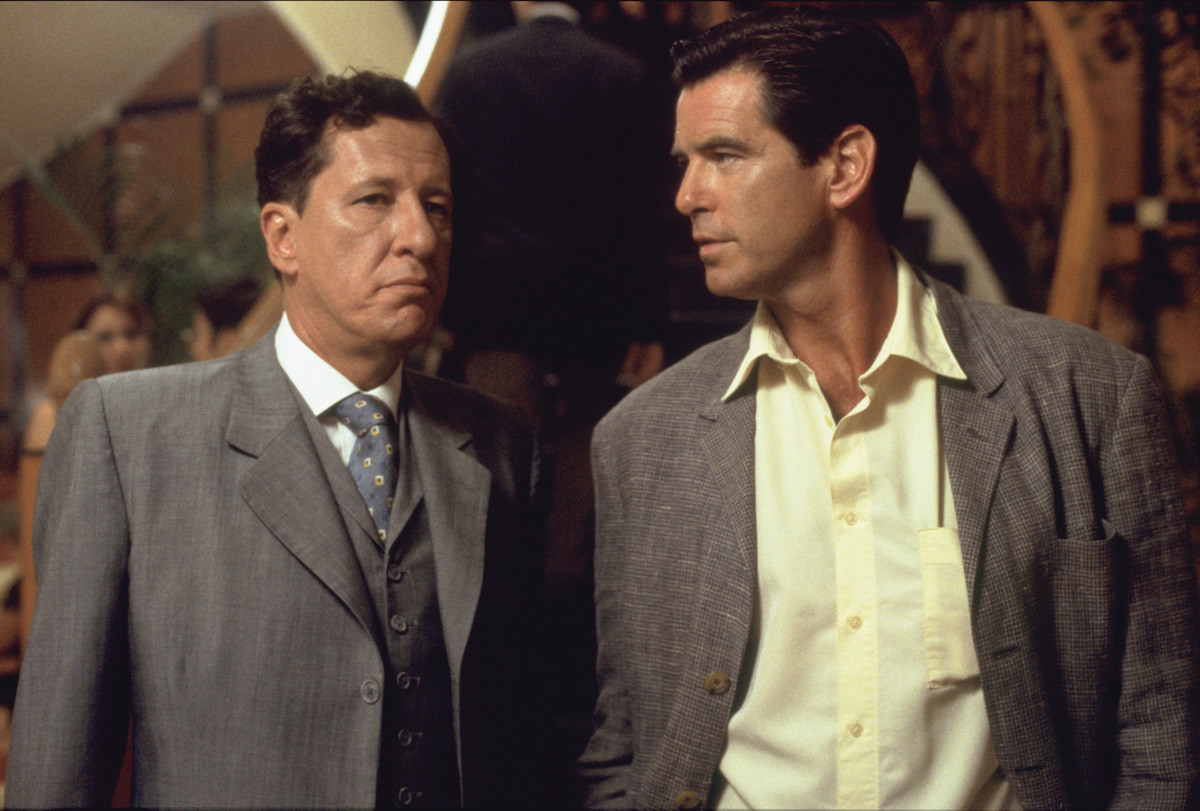 Geoffrey Rush’s “Harry” Pendel has a penchant for tailoring suits – and the stories that he feeds to Pierce Brosnan’s Osnard.  It would seem that he prefers to don the three piece suit himself, usually in grey, with a trademark collared vest.  (Very likely (given the Panama heat), the suit would have been constructed of a lightweight wool or wool silk blend.)  This one might take a little explanation to the non-tailoring enthusiast, so if you happen to be seeing your Henry Herbert tailor before your Halloween soiree, you might want to ask to borrow a measuring tape to wear around your neck, some pins and some chalk.  To top it all of, and to make it really obvious who you’re getting at, make sure you wear a Panama hat.  They simply have to get it now… 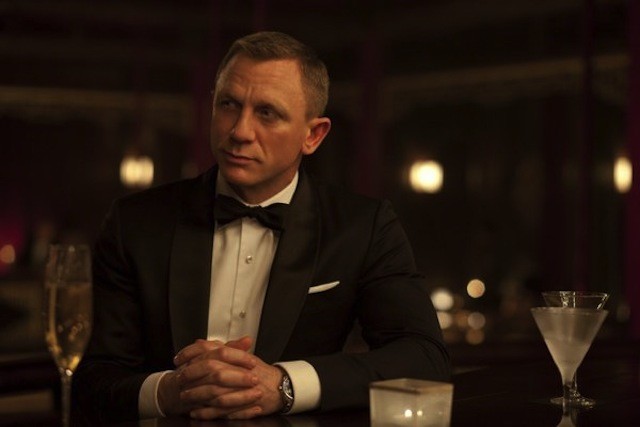 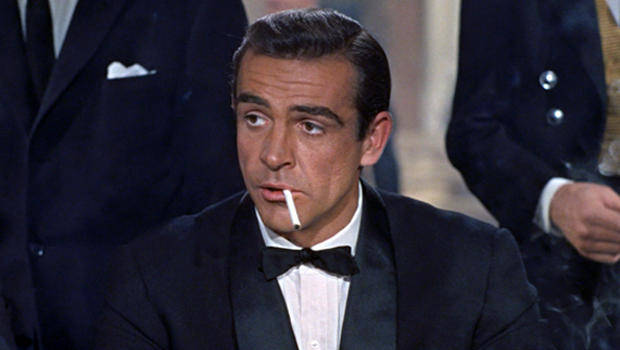 You’re spoilt for choice here and who doesn’t want to be 007?  Your best (and most recognizable) bet is to roll out that trusty dinner suit once again (wasn’t it an excellent investment!), which makes its appearance in multiple films, always to great effect.  Accessorise with lots of Her Majesty’s secret agent charm. Don’t forget a martini (shaken, not stirred, naturally) – may we recommend the Duke’s Hotel (see also: Henry Herbert’s Top 5 London Hotel Bars).  Never be separated from the martini glass. 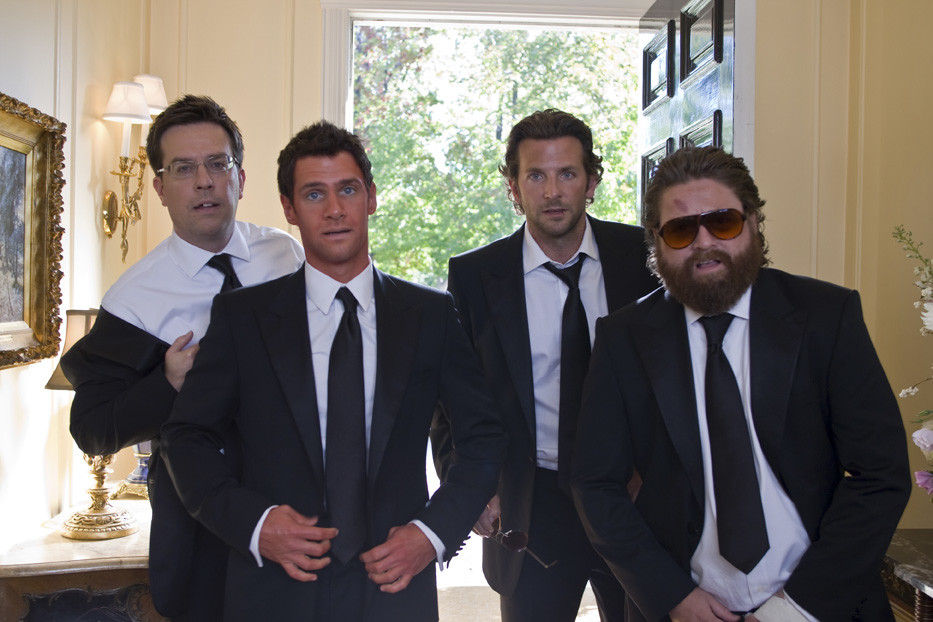 After a whole movie of debauched mishaps and “dishevelry” (that’s dishevelled and revelry combined), they finally, *ahem* suit up, in time for the wedding.  Don’t they scrub up well?  The evergreen black suit strikes again.  Depending on your current hair / beard situation, you could either go clean shaven and load up on the fake tan and go for the “Doug” “look”, go halfway ala Bradley Cooper with slicked back hair, or full on with 70s sunglasses like Zach Galifianakis.

And there you have it – your trusty bespoke suit can indeed see you through Halloween in style.  For more ideas, see our Top 5 Halloween bespoke suit ideas from 2013!