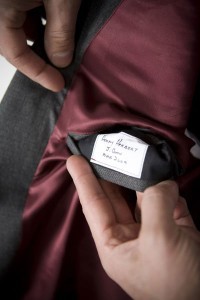 On the inside of every Henry Herbert jacket, you will always find a label, discreetly hidden inside the inner pocket, stating the date we made the suit and who it was made for. This is a tradition of Savile Row, one of  many personal and subtle finishes of a bespoke suit by Henry Herbert Tailors. 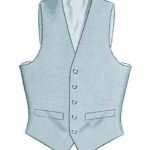 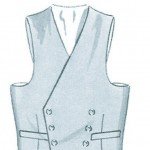 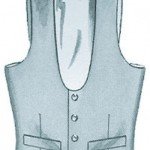 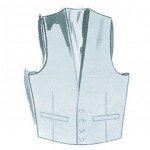 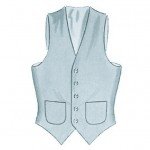 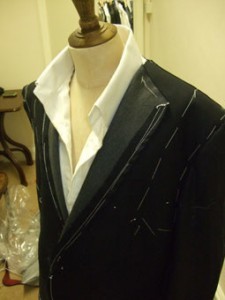 A great blue jacket, designed with cloth from Dugdale Bros, complemented by a crisp shirt, using shirting cloth from Acorn Fabrics.  Although the jacket is only at its baste fitting stage, we can already see emerging the elegant effect that such a combination of colour, cut and style can offer. 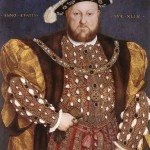 Why do we leave the last button of a waistcoat undone? We can trace this back to King Henry VIII. It was considered a huge insult to Henry because he couldn’t see his toes, let alone fasten the bottom button of his waistcoat. His courtiers took it as a style ‘initiative’ and followed suit, hence it becoming ‘the’ way to button a waistcoat. It remains a point of style even today and most well dressed men will leave their bottom button undone. 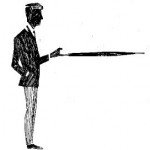 Henry Herbert offers an Express Service for people who need their bespoke suits and bespoke shirts in a hurry!

Our suits and overcoats normally take 8-10 weeks from start to finish and our shirts about 4 weeks. However for those in a hurry, we offer an Express Service. Just click to find out more.